Poets of the World prepares meeting with the Mapuche people.

CHILE, Santiago [English-Arabic]: The NGO-WORLD- La ONG-MUNDIAL 'Poets of the World' is organizing the FIRST MEETING OF POETS OF THE WORLD 'ROAD TO THE SOUTH' _“CAMINO AL SUR” - UNE TRAWÜN WALMAPU WIRINTUKUFE “WILLI RÜPÜ MEW”, activity will take place from Saturday 19 to Monday, February 28, 2011 in Santiago, the Chilean capital, la Isla de Chiloé and the Región de los Lagos, more than a thousand kilometers south of Santiago, in the heart of the country.

The program also provides an event commemorating the first anniversary of the earthquake that struck the area on February 27, 2010, earthquake considered the fifth most violent recorded on the planet and left hundreds of deaths and hundreds of thousands homeless. The activity will take place the same day 27 February and at the epicenter of the catastrophe that hit hard to Chileans.

Another of the highlights of the event will be the visit to the Mapuche prisoners detained in jails in Temuco and Angol accused of 'terrorist acts.' Many will remember the hunger strikes emblematic these prisoners held in the course of this year and had several of them on the brink of death.

This event is part poetry which is one of the prime duties of every poet of the world do not miss visit any neighborhood to spread the word, as if it were rain falling on the earth, making a show of grace, as if they were flowers to the eyes of the mankind. The poet will be the guiding light to the warrior like dunes in the dark of night.” [Article 8, Universal Manifesto of poets of the World]

Poets of the World in its mission for the peace, justice and the protection of indigenous peoples, organized the first international gathering of poets 'ROAD TO THE SOUTH', as an expression of solidarity with the Mapuche communities that since the arrival of invading living in constant resistance to those who harass their existencia. We call upon the poets of the world to take cognizance of the reality of the Mapuche nation and express their support through the art of the word.

Receiving guests
20:00 Opening of the meeting at the Urban Indigenous Ministry. Cocktail Mapuche and Mapuche music. [Night Hotel in Santiago]

08:00 Departure to South
13:00 - 14:00 Lunch in Chillan
así como con la República Argentina.
[Silla del Sol in mapudungun] is a commune in the southern central Chile, capital of the Province of Ñuble, also form along with the town commune of Chillán viejo la Conurbación Chillán. The city is also known as the Cradle of the Nation or Earth of Artists. It is the seat of the Diocese of Chillán.
18:00 Arrival to Temuco and installation at hotel. The city's name comes from Temuco, which is a term in Mapudungun which means 'water of fear', _'agua de temo', ['temu' en mapudungun], is a native tree of the family mirtáceas cabezaceas. Temuco is the capital of the IX region of Araucanía and the Province of Cautín, Chile, is located 670 kilometers south of Santiago. Due to its proximity to a number of resorts lake is a center from which to start various tour operators. 20:00 Public act front the jail of Temuco. Poetry reading
22:00 Dinner [Night in Temuco]

9:00 to 11:00 Visit to the Mapuche prisoners in the jail of Temuco. Writing workshop.
11:00 Departure to South
13:30 to 15:30 Lunch in Panguipulli ['Cerros del puma', del mapudungún pangui=púma pulli=cerros]
is a commune located in the province of Valdivia, in XIV Region de Los Ríos. It has a population of 33,273 inhabitants [Census 2002] and an area of 3.332km ². It borders with the communes, of Villarrica, Los Lagos, Lanco and Futrono, well as with Republic Argentina. Panguipulli also is known as the 'commune of de los Siete Lagos', since in its territory the lakes- los lagos Calafquén, Pullinque, Pellaifa, Neltume, Riñihue, Pirihueico y Panguipulli, whose shores is found the village of the same name,header of the commune. Its first known inhabitants were the Mapuche who populate its shores. While the village of Panguipulli was officially founded in year 1946, written records are known under his name since 1776. Tourism is now an activity that takes a very important enhancement in the 'Destino Sietelagos' brand name under which the commune of Panguipulli positions in national and international markets
15:30 Departure to Chiloé. Chiloé is a transformation of Chilhué, the Spanish adaptation of chillwe, word that mapudungun meaning «lugar de chelles». _ 'place of chelles.'Los chelles [Larus maculipennis], also called Cahuil or terns, _ cáhuiles o gaviotines, are white birds of
black head, very common on the beaches and lagoons of the archipelago. The Chiloé archipelago is located in southern of Chile, between a parallels 41 º and 43 º south latitude. Mainly comprises a large island, the Isla Grande de Chiloé, also a large number of islands and smaller islands.
The archipelago has an area of 9,181 km ² and had a total population of 154,766 people in year 2002. Other information relating to Chloe: Culture 'tri-meztiza' mixture of Chonos
[indigenous people of the island, of features white clear eyes and colorful] Velich and Spanish.
Huge amount of mythology
Varied folklore, many dances and songs
breadth of gastronomic, unique cooking modes in Latin America,
Last possession of the Kingdom of Spain in South America
Anexado al reino de Chile en 1826
The chilote colonized tha Patagonia,
and have a presence in many of the most important milestones of national history and in the naval battle of Iqueque.
Legal exceptions global, in Chiloé is the only place in the world where the houses are real,
Furniture [move from side to side]
19:00 arrival Ancud and Stay installation
20:00 Welcome and food
23:00 closing [Taking into account how tiring journey]

9:00 Departure from Ancud to Lelbun
11:45 Arrive to Lelbun
13:00 Welcome with authorities of the Commune and chilote lunch
15:00 religious party chilota in Lelbun
16:00 presentation of folklore and chilote theater
17:00 workshops
20:00 once Chilota
21:00 Closing party

08:00 Departure to Panguipulli
14:00 Lunch at Panguipulli
15:30 to 16:30 Culture meeting with the Mapuche communities.
16:30 Departure Curarrehue for impressive route of lakes, forests, rivers and mountains.
The name Curarrehue is originally mapuche, in his language Mapudungun means:Kura 'piedra', Rehue, is a sacred altar [altar de piedra]. _ [Altar stone].Border commune founded in 1981.
It is 40 km from the border with Argentina for the step Mamuil Malal. His community is mainly Mapuche and the main economic activities are the timber industry and farming. Incipient beginning to show their tourist attractions, which include lakes, rivers and volcanoes in a protected environment of human civilization. There is a living museum, where you can share with the people and taste the gastronomy of mapuche origin. The commune near Pucon and Villarrica are part of pole development called lakeside Andean. Attractive places are the volcanoes Quetrupillán [ locally known as Mocho], Lanín [Inactive perfect cone] and Sollipulli [Type boiler], the first are located in Villarrica National Park, which includes the active volcano Villarrica, the third its is found north on the road to Reigolil.
20:30 Installation hotel.
21:00 Dinner with authorities and local poets.

9:00 to 13:00 Various activities with Commune of Curarrehue
Farewell lunch of Curarrehue
15:00 Departure to Villarrica. in 1552 Gerónimo de Alderete, sent for the Governor of Chile Pedro de Valdivia, he went from the Imperial [Current Carahue] to form Villarrica, in the same place where today stands the city. Villarrica was founded along the southern margin of the river Toltén and the western shore of Lake Mallalauquén [Currently Villarrica Lake].Geronimo de Alderete named it 'Santa Maria Magdalena de Villa Rica 'with reference to laundries and rich veins of gold, that discovered in the creeks of the knolls and forests..
18:00 Arrival to Villarrica - Installation.
20:00 Public event at the Cultural Center of Villarrica - Cocktail

09:00 Departure to Angol. [Subir a gatas] [Rise to cats]is a city and commune of Chile,
capital of the Province of Malleco in the IX Region of Araucanía.It is located at the foot of the mountain of Nahuelbuta and along witt river Vergara.It is located 569 kilometers south of Santiago. In year 1560, the city was moved to the north by the Governor García Hurtado de Mendoza with the name of San Andrés de Los Infantes,but was attacked in year 1599, again by the araucanians.
13:00 Arrival to Angol. Installation hotel and lunch.
15:00 to 17:00 Visit to Mapuche prisoners in the jail of Angol.Workshop Literary and artistic act.
20:00 Art Poetic in public places of Angol.
22:00 Dinner

La ONG-WORLD 'Poets [PPdM] is an organization of poets who put their art in the service of humanity.

We are not tied to any government or political institution, or religious, nor of any kind.
Economically, we are totally independent, we do not receive any assistance work, self-supporting us with the support thanks of some poets who do so voluntarily. To Participate in our movement has no charge.

World Poets was founded on October 14, 2005 in Valparaiso - Chile by the Chilean writer Luis Arias Manzo, in a short time becomes the main guild of poets on the planet, gathering and [NOVEMBER 2010] more than seven thousand members of more than one hundred countries on five continents.

One of its main objectives is to convert the word into a real force, able to influence the destinies of the world and the balance of the planet.

Within us operates a body Poetic and diplomatic, which should provide functionality to our actions towards the poetic PEACE, because given the state of the world, it is necessary to intervene in conflicts that threaten global stability. The mission of the poet, of each member, wiht title or no title, is great, fundamental,because its mission is a daily and permanent and is not part of material boundaries that divide human beings.

Being a self-financing organization, most of the meetings we do not have funding; are those poets who pay their costs of participation or or manage the aid in their countries to engage.

VALUE OF THE CONTRIBUTION OF PARTICIPATION:
Poets of the World = $ 995_ Dollars
Other = $ 1,200 _ Dollars
Cover: Hotels [9 nights], internal transport,[ they will travel more than 3 thousand kilometers]
food , credentials, official documents of the event, folder [Portfolio] participation in poetry anthology,[Paper book edited by Apostrophes Editions].

Balance at time of registration on February 19, 2011 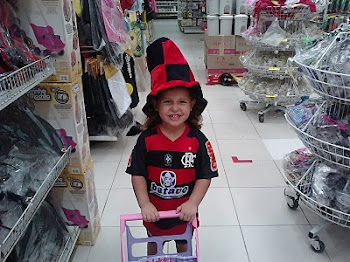 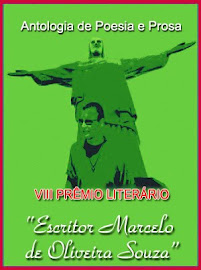 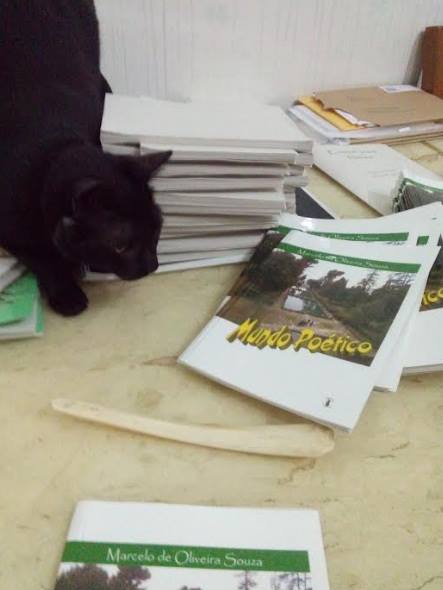 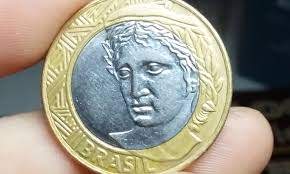 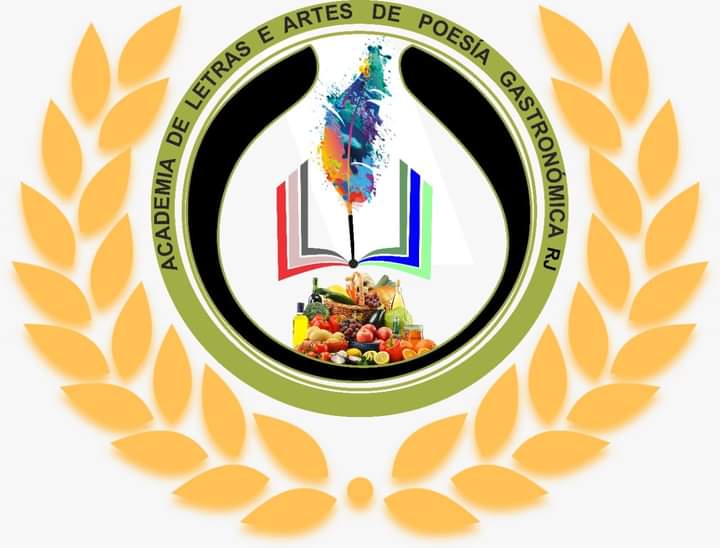 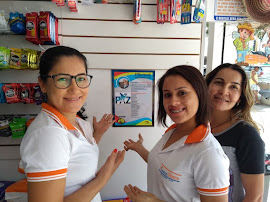 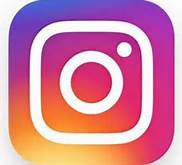 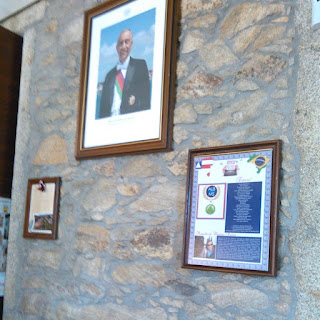 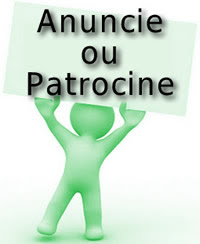 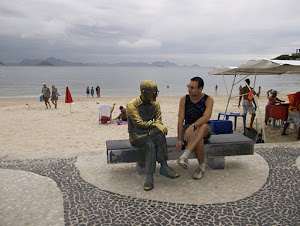 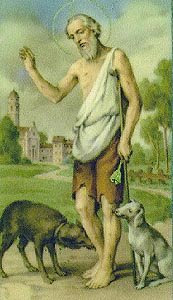